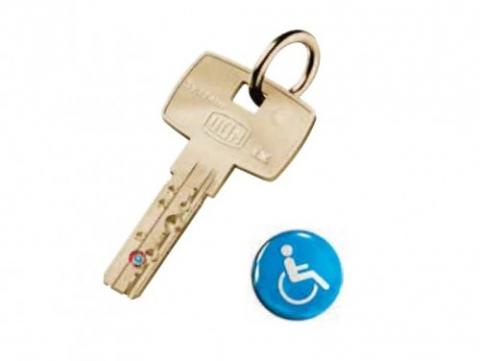 The EURO key system is not a new thing: it has existed in Germany since 1986, and later spread well in Switzerland, Italy and Austria (only over 300 such toilets are in Vienna!).

The Eastern European countries were the first to install such locks in the Czech Republic, and even in Croatia there are some places to think about this kind of thinking. This key system not only has the advantage of using the toilet, but also of the use of the toilet. with this key they also operate the disabled elevators.

Euro-key could not be obtained in Hungary, but within the framework of an international tender, the Association of Assistants for Disabled People launches the key system. Important: Only those persons who have a valid official decision to prove that they are physically disabled can receive this unit key. Such a decision is eg a decision of the Hungarian State Treasury establishing a disability allowance or a decision issued by the National Institute of Medical Experts.

Why is this system good?

Access to the premises is restricted to controlled persons with a key.
Compared to public areas, it has a much cleaner environment.
Protection against vandalism.
There is also the possibility of using outside of opening hours.

We use a key map to map a site here.

We make an app for iPhone and Android about using the key with a room finder.